To look at letters (and some replies) sent to politicians and newspapers, scroll down the index on the right hand side and select the appropriate heading.

If you scroll down and cannot go further, look out for icon "Older Posts". Click on that to continue


Last year I sent letters to 8 asylum seekers on Manus through Julian Burnside.

Last week I received a reply from one Hussain (ID EMP 054). He is a Rohingya man from Burma who was forced to flee persecution and assault by Buddhists and ended up in Manus Detention centre via Malaysia.

He says the situation in Manus is “very bad”.

I will write to him again.

Also I sent a message of support to Commissioner Gillian Triggs and received a thank you reply.


Julian Burnside  - Sarah Hanson-Young has sent this link..sounds like the
sort of thing we were looking for.. Julian Burnside is co-ordianting a
letter writing program to asylum seekers on Manus and Nauru.
http://www.julianburnside.com.au/letters2.htm

People of various countries are held in Nauru and Manus Island, including Afghanistan, Iran, Iraq and Sri Lanka.  If you prefer to write to someone of a particular nationality, let me know.
If you have a preference for which detention centre your letter should go to, let me know.
It is simple.
A similar letter-writing campaign in the early 2000s was very valuable in helping keep up the spirits of asylum seekers.
If you decide to take part in the letter writing campaign, you might like to share the responses you get, and encourage your friends to write to asylum seekers.

examples of cards at Bellingen Community Markets on 17 May 2014 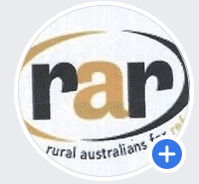